Being Faithful in the “Small Things” 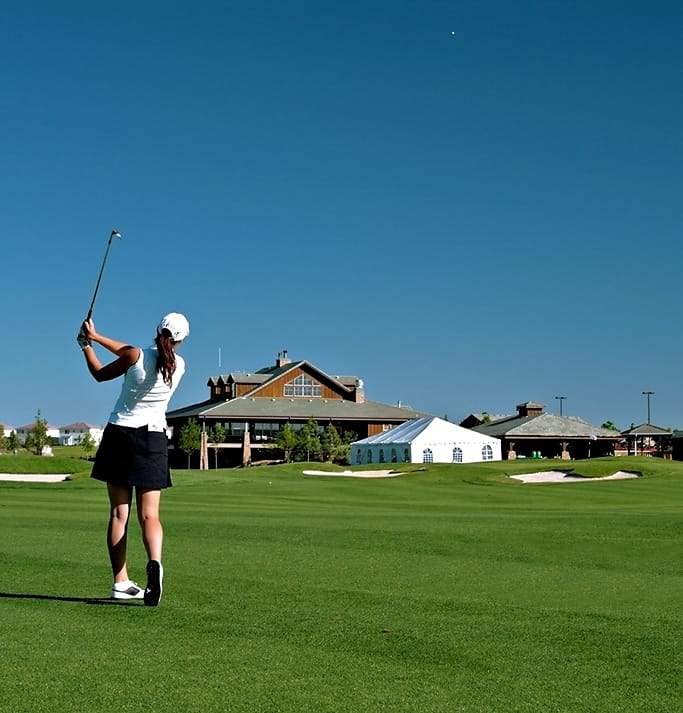 Article by: Sarah Koontz, Founder of Living by Design Ministries

When I was 14 years old, I decided I wanted to become a professional golfer.

I dedicated the next 7 years of my life to accomplishing that goal.

I was focused, hard-working and diligent.

I have always believed God created me with a significant purpose in mind, and at a very young age, I chose to follow Him no matter the cost.

For many years, I thought that He would utilize my skill as an athlete to help me build a platform to share His truth with a hurting world.

It just made sense.

God had given me a talent and also the desire to use that talent for His glory and the expansion of His kingdom.

When I married my husband, I was traveling all over the country competing as a professional golfer on the mini tours.

We spent a great deal of our time apart, and the travel schedule began to wear on me in a way I had never before experienced.

Over time, the desires of my heart slowly changed and felt the Lord asking me to put my golf clubs up and return home to start a family with my husband.

It is not easy giving up the very thing you have dedicated your life to achieving, but the Lord has blessed me beyond measure, and I’ve not once regretted the decision.

When I walked away from my golf career, I never stopped believing God had something bigger and better in store for me.

In the twelve years that have passed since that time, I have learned one very important thing about being a Christ follower.

Bigger and better in God’s eyes is often small and insignificant in the world’s eyes.

Bigger and better in God’s eyes is often small and insignificant in the world's eyes. Click to Tweet

God often asks us to shed our desire for grandeur and influence in order to be faithful in the small things.

Sitting down, Jesus called the Twelve and said, “Anyone who wants to be first must be the very last, and the servant of all.” – Mark 9:35 NIV

If we long to have great influence for the Kingdom of God, we must accept the fact that service and humility are essential prerequisites.

And oftentimes, it’s the small acts of obedience to God that produce the most profound results. 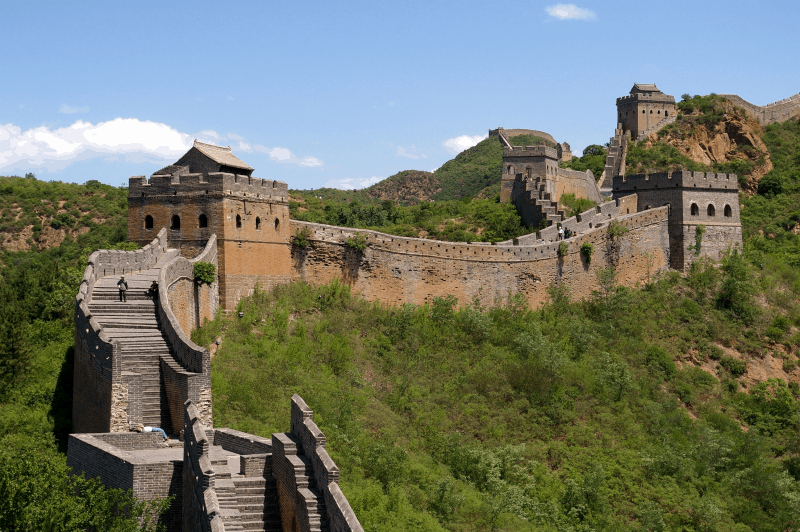 Audrey Johnson, who was born and raised in England in the early 1900’s, believed that God had called her to be a missionary to China.

She joined the China Inland Mission in her early thirties and expected to serve in China until her death.

Audrey overcame many obstacles in her efforts to reach the Chinese people with the Gospel of Jesus Christ, including enduring three years in a Japanese prison camp during WWII.

In 1950, all of the China Inland Missionaries were ordered out of the country.

Audrey left with great sorrow and hope to return again to fulfill her life mission.

After leaving China, she spent a few years traveling and speaking in the United States.

After one of her talks, five ladies approached and asked her to lead them through a study of Colossians.

At first, she thought, “What have I come to?” She had dedicated her life to sharing the gospel with the spiritually oppressed people of China, and now she was being asked to lead a Bible study for five women in a country that had a church on every corner.

As she prayed over the decision, she was reminded of Jeremiah 45:5, “And do you seek great things for yourself?”

She felt the Lord prompting her to set aside her desire for greatness and do this “small thing” instead.

Audrey quickly realized that although Americans were well-churched, they were starving for Biblical knowledge.

She encouraged and equipped women to study the Bible for themselves, and her ministry quickly expanded. 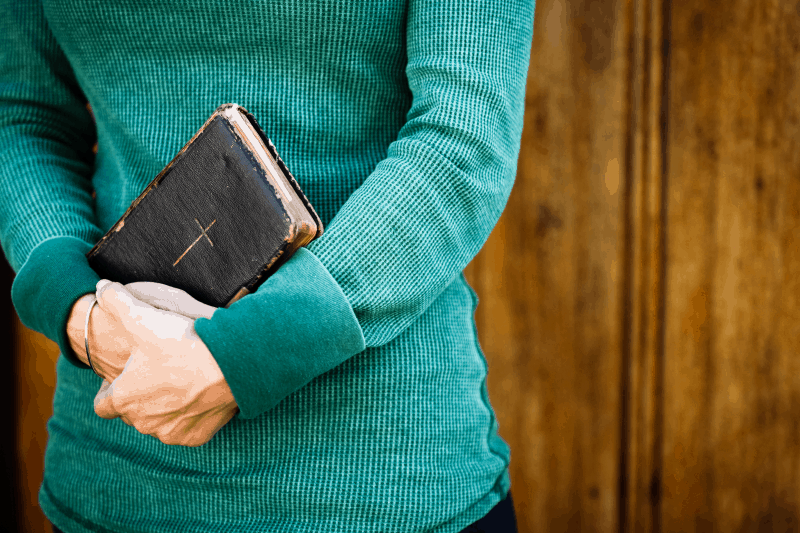 By 1980, Miss Johnson had been writing Bible Study Fellowship (BSF) lessons and leading a thriving ministry for more than 20 years.

During that time, over 100,000 students went through the five-year Bible study course.

Today, BSF International has more than a thousand classes in thirty-eight countries including China.

The “small thing” that seemed so insignificant to Audrey Johnson was actually God’s fulfillment of her lifelong mission.

I’ve had the privilege of attending BSF classes here in my hometown, and it continues to be a  vibrant and thriving ministry.

Just like Audrey, I desire to do something BIG for God, but I am slowly learning the importance of being faithful in the lesser tasks as well. 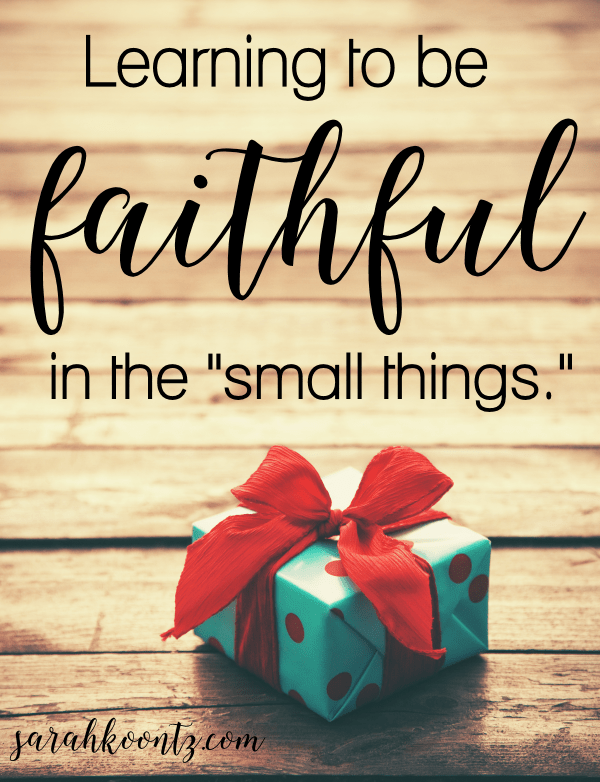 For I know the plans I have for you,” declares the Lord, “plans to prosper you and not to harm you, plans to give you hope and a future. – Jeremiah 29:11 NIV

I was so inspired and encouraged by the story of Audrey Johnson, and I hope that you were too.

I encourage you to trust that God is at work in the seemingly “small things”, leading and guiding you toward the beautiful plans that He has for your life. 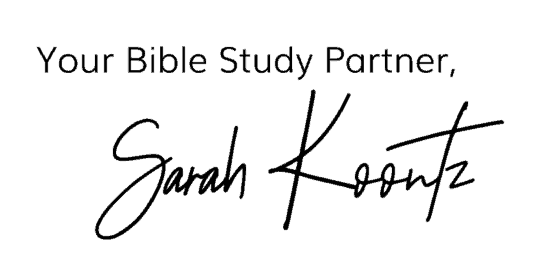 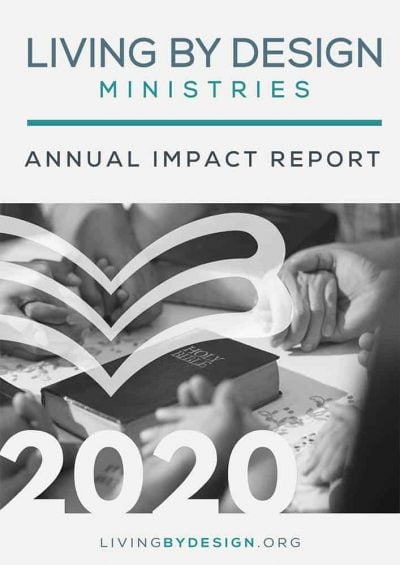 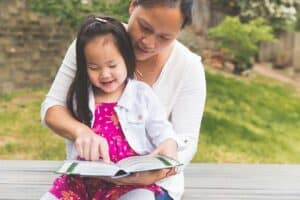 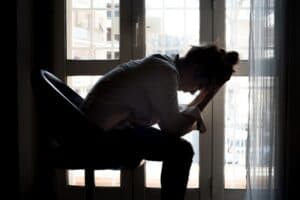 6 Reasons to Choose to Trust God During Seasons of Pain 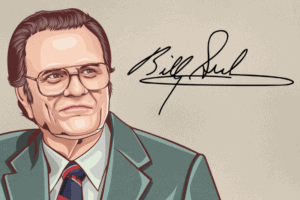 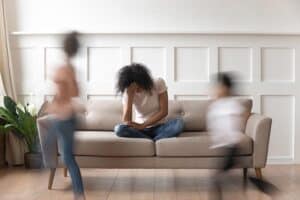 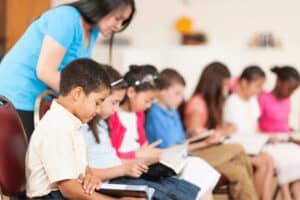 Intentional Leadership Lessons from the Book of Nehemiah 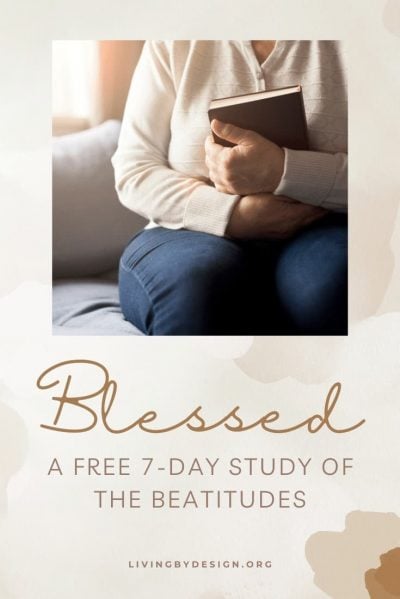 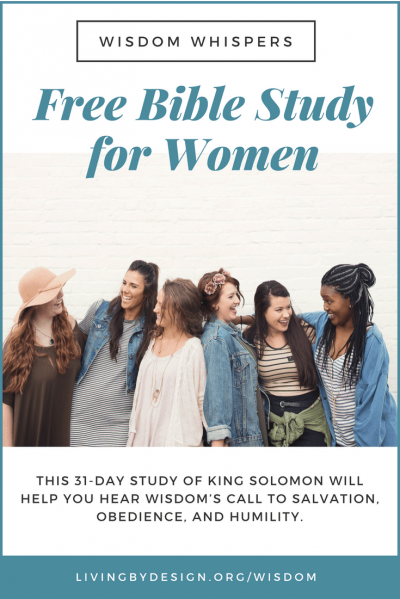 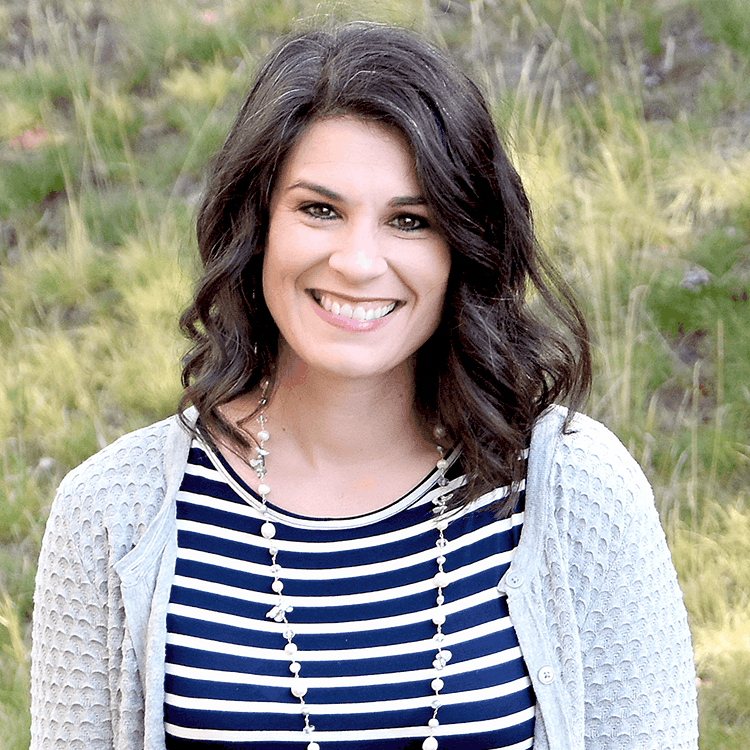 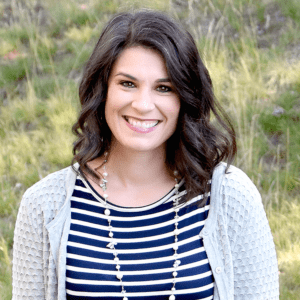 Sarah Koontz is the founder of Living by Design Ministries, a non-profit organization that exists to deliver free Bible Studies to inboxes around the world. She is a passionate storyteller who enjoys using illustrations to communicate deep spiritual truths. Sarah and her husband Ryan live on thirteen acres in the heart of the Black Hills, SD. They have two beautiful daughters, a rowdy flock of chickens, and a house full of foster kittens. Sarah is an avid gardener, a faithful coffee drinker, lover of one-pot-dinners, an unexpected homeschooler, and a Dallas Seminary student. 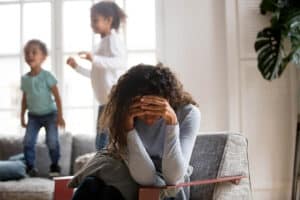 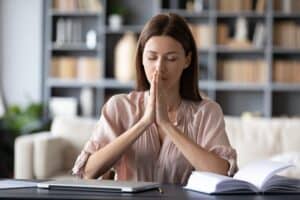 A Look Inside My Anti-Anxiety Toolbox

Intentional Leadership Lessons from the Book of Nehemiah 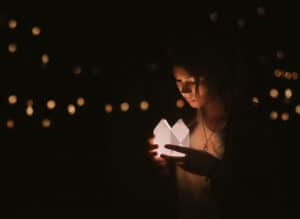 Five Things God Sees (Even When We Don’t!)